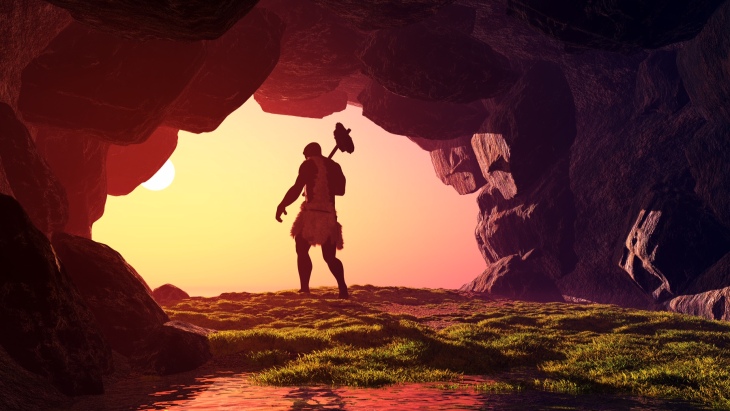 Once upon a time, there was a girl who was curious. She was curious about everything, but mostly about complex things. She was one of those little girls who liked to understand why people are simple and nice and normal but when they come together in business and markets, everyone looked at the ‘coming-together’ and called it complex. ‘How could simple-things-coming-together become complex?’ She asked.All her friends said if she was so curious, she should go to the land of PhD. Personally, she thought they were just tired of her questions and wanted to get rid of her but never mind, she thought. I might learn something, so away she went.
The first simple thing in PhD land she wanted to study was price. She thought (in her simple mind) that giving something (money) in exchange for something else (a product) must be the simplest thing in the world but she was wrong. In PhD land, they said it was ‘complex’. And in PhD land, you must choose a cave to spend some time in so that you can become wise and knowledgeable in something that is ‘complex’.

So the wise men of PhD land said, ‘Little girl, if you want to study price, you must go to the Marketing cave – it is one of their pillars – the 4Ps’.

s were very different. There were many terms she had to learn like pull price, push price, options, and after one year, she learnt a lot about many things but not about what she wanted to learn. The wise men of the finance cave said – go to the economics cliff. You will get enlightenment there. So off the little girl trotted to the economics cliff, which was very dangerous indeed because you could easily fall off if you weren’t careful. But the wise men there were very cool, and they could execute all sorts of interesting acrobatic models without actually falling off the cliff.

‘Why do you do it at the edge of a cliff,’ the little girl asked.

The wise men answered, ‘We need the cliff, little girl, because danger helps us think of crazier acrobatic models’.

After a year of living at the edge or, boundary conditions, as the wise men call them, the little girl finally understood how simplicity could create complexity.

the wise men asked ‘so how do you make things simple?’

The girl replied, ‘make sure everyone knows!’

the wise men declared the little girl good enough to leave PhD land and she then set off on her wild adventures.
But alas, she realised the real world was also full of caves, and this time it was worse. People in one cave just didn’t talk to people in other caves.

Which cave should I go to? The little girl asks.

You must go to the cave where all the people from your cave went to. So the little girl went to the business school cave and for awhile, she was happy. This was because everything was new and every year was a great adventure. She wrote many things on the wall of the cave and told many stories to many people.

By the sixth year, the little girl grew restless.

What is the matter little girl, her mentor asked.

Her mentor said to her gently, ‘because my dear, we are a business school cave. That’s what we do. And we need data to do it.’
‘And the future has no data?’ The little girl asks

‘The future has no data’, the mentor replied solemnly.

Then she went back to her mentor.

‘I have heard about other caves that invent things, like engineering or computer science,’ she said.

‘But those caves invent new things for us to use. It’s not for us in t

‘Why’, the girl asked. ‘Why can’t we design new ways of doing business in the business school cave?’

‘That’s just not how we do it, little girl. We teach, we don’t design. And we certainly don’t make’.

So the little thought about it and in the end, decided she would move out of the business cave.
And that’s pretty much how I came to be in WMG. 😉