I have a few pet theories, waiting to be proven or falsified. Here’s one on gender consciousness or vulnerability being attributed to gender. I began thinking about it because of so much in the press about how men treat women.
I have never felt that anything I did had anything to do with my gender until I came to the UK. I was just being me. And my dislike for certain people were not gender-based. I found equal number of people were a**-holes, whether they were men or women. So I never attributed any particular trait I disliked to gender. Thankfully, the number of people I  disliked aren’t many. 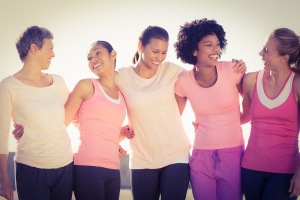 Later I started to think about why I felt gender conscious (although not vulnerable) in the UK but not in Asia. Having had an adult working life in both regions, I feel I have some basis for comparison and I have come to the belief that it’s to do with the way boys and girls are brought up. In Asia, boys are not big into carpentry or technical skills. In the early days, yes – girls went to home economics and boys went to technical/carpentry. Now, the education is pretty much the same. So I was not brought up thinking that boys did brawny, physical things. We all did the same things. Also, boys and girls aren’t really different in our physical stature. My husband is 5’7″, and so am I. He is physically stronger, but not by much. He can’t do DIY to save his life and neither can I. In a way, we are very similar in terms of physical skills. So my pet theory is that the more similar men and women are in physical skills, the less gender matters, and vulnerability is less attributed to gender.

I feel I need to justify further the basis for this pet theory of mine. When I am at an evening reception in Asia, men’s faces are generally at my eye level. When I first moved to the UK, I found it rather disconcerting and initially intimidated that my 20 year-old undergraduate students were so big! Evening receptions in the UK tends to be me facing a wall of men’s suits, and I have to look up for their faces. A small behavioural adjustment, perhaps, but in women who are more introverted, feeling insecure or vulnerable, i imagine it can be quite intimidating; or if not, it would certainly make a woman feel conscious of her own gender, and in turn, perhaps feeling more vulnerable.

I’m sure there are loads of intervening factors in this relationship between physical skill/stature similarities that impact on gender consciousness, as well as other factors that matter. It’s just one of those pet theories that sit in my head and I often like to test this anecdotally when I visit other countries. I find Finnish men and women often have similar physical skills, but there are less similarity between British or American couples (of course these are not generalisable in any way). I also find working couples with children have physical skills that are similar, compared to couples where one parent doesn’t work, leading me to think about cause and effect of partner selection. I also find cases where gender consciousness is high, but not gender vulnerability ie some women I met will accept that there are some things men do (like ‘locker room talk’ to quote a recent example) and they think it’s ok.

Vulnerability is the topic of our recent grant project so it’s been on my mind. I have no conclusions…. Just some hypothetical pet theories that maybe I might test one day.

One thought on “Pet Theory on gender and women.”