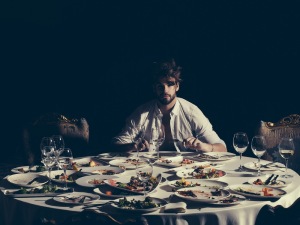 The Internet has grown into a digital nation. Almost all of what we do offline, we are now doing online. We shop on Amazon, interact on an Apple/Android smartphone, search and browse on Google and socialise on Facebook/Whatsapp.
Every nation need citizens. The Internet has created this too. Every time we get online, we generate data. The amount of data generated from clicks, likes, lists to watch, shop and browse has created enough personal data to sufficiently form a digital persona, which is not merely our identity, but our history and our experiences – in short, our digital life story made possible from the record of our digital labour. Our digital personas are the ‘citizens’ of this nation whether we like it or not, and whoever has power over the digital personas govern this Internet nation.

There are currently 2 types of governing going on on the Internet.

Governing through control of our digital persona.

The tech giants implicitly govern us because we are using their platforms on a daily basis. Think of tech giants as a government coalition managing public roads (your Google Chrome or Apple Safari) the town square (Facebook) and the mall (Amazon). All this fuels the Internet economy of purchase, consumption and socialisation.

To ensure this nation and this economy thrives, the tech giants have to protect our digital personas against other evil out there. Hence they ensure we get some confidentiality (from others), give us choices, delete our data when we ask them to, keep our data secure and away from other nefarious forces, even while they provide us with services, ads and return profits to shareholders. Whether you think this is right or wrong, the tech giants collectively govern over all our digital persona, and they must govern well. Governing well is important because it is good for business and keeps the digital labour hamster mill running.

Our near ubiquitous connectivity that seamlessly allow us to live life off and online in an integrated way makes us forget that the Internet is actually a different ‘nation’ and our digital personas as Internet citizens are often not subject to the same rules as our physical personas.

In fact, both personas can exist separately without a need to map or merge them.

Unless it’s to do with privacy. Then the game changes, at least to some.

The relationship of our digital personas with our physical personas is where lies the fundamental issue for privacy online. It is debatable if Miss cat-loving-YouTube-virtual-dominatrix-fake-news-sharer is even the same person as mild mannered Miss Cathy Jones living on 7 Smithfields drive working at the bank. Yet, the more the two can be linked, the greater the privacy fears, and this is where some believe governments need to be involved to protect individuals. Privacy is a fundamental right, they say, and the government has to set rules on when and how these rights can be preserved and upheld.

In other words, the use of our digital personas (personal data) must be regulated.

So the fight for privacy hands the government the moral right to govern our digital personas on the free Internet.

In any case, if this solves the privacy problem perhaps it might be worth it, but it doesn’t. The truth of the matter is that our digital labour on existing platforms translated to personal data are given away immediately when we go online. To fight for privacy even as we keep dishing out our digital labour is fighting for scraps to console ourselves with, and grabbing our governments to fight for us when they don’t have much power either isn’t a solution.

Worse, it traps us into thinking that we really only have a choice of which 2 masters have the moral right to govern us. On one side, benign tech giants that will protect us because they want to keep the digital labour going, and on the other, the government who can protect us through penalties but really have very little power.

Fighting for privacy in this current state of the Internet is a distraction from the true battle that needs to be won.

One thought on “The nation of the Internet (1): the fight for privacy is a fight for scraps”