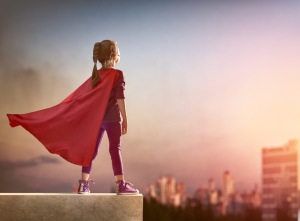 (Cont’d from The nation of the Internet part 1)
The Internet is a rather strange nation, and quite different from what we are used to.

For one, in this Internet nation where the digital persona is citizen, almost all Internet services are commercial, so the moment we step into the connected digital world we are consuming a service that is provided by an organisation. It’s sort of like when you walk out the door, you need to pay toll for all the sidewalks, roads, parks and corners. whether it’s payment by money or data.

Second, as a digital persona, we don’t really own any of that persona – it’s held in bits and pieces by companies that we interact with, which is sort of annoying because we can’t use it whenever we need it. Our health records are in one place, Our finance records are in another. Every app we sign up to, we have to fill in all our information again and the app controls all our data. And we have to remember another password. We are technologically an inferior citizen on the Internet. The institutions have the far superior tech and can manipulate the digits and data better than we can. They can manipulate with software, bots and AI; we can manipulate with fingers and mouse clicks. In some cases, Google and Facebook will allow us to pick some bits of information out from what they hold and let us share it with a new website or service through a login. We use it and are grateful not to have to remember another password.

The movement of using blockchains and distributed ledgers are keen to change that. The problem is that blockchains can’t deal with big chunks of data, just little bits of data and governing the Internet nation isn’t about identity. Governing us online is about economic power and the economic power that is fuelling the Internet is personal data that makes up our digital persona.

There is no way we will have economic power if we are an inferior citizen. We have no way of manipulating data and digits, we don’t own software or services. We have no servers that can do analytics on our data, we don’t have bots or AI.

And this is not a battle against Google or Facebook or any of the tech giants. They are just trying to deliver the best service they can, and return profits to shareholders. It’s just that they have a lot of sophisticated tech to do it. So the battle for us as individuals is a battle to be powerful, to NOT be an inferior citizen of the Internet nation.

There are 2 ways of doing this. First, have the tech. Second, control the raw material/resource that fuels the tech.

The tech is a HAT private “microserver” data account. One that enables us to pull and push any data we want to people we want to give to for services we wish to buy and share our data with. The tech that allows us to own our personal data through a database of our own, and be in control of the microservices that transform the data and exchange it with whomever we wish. The tech that can let us have bots and AI of our own data. Best of all, its the same tech that apps can sit on, so the app can have the data, and so do we. Instead of a normal user account on an app, it’s a private “microserver” data account that is potentially able to share and give more data than even the app can collect. The tech to empower us has finally arrived and become cheap enough for us to acquire.

The raw material is that which fuels the USD$31b Ad tech business. The raw material is personal data generated from our browsing, postings, clicks, views, likes, records, information. It’s generated by us and we should be able to acquire it for ourselves and then free to exchange it on our terms and we can start gaining the same economic power that the tech giants have and do not have to be beholden to them for the tech. EU legislation in 2018 from GDPR to PSD2 is giving us as individuals the power to access our data from corporations (see Tessa Darbyshire’s post on this). We must use the tech available to us to not only access it, but use it.

We don’t need our personal data out there to be erased. That’s not how the battle works. We would just like to have them as well. The battle is to have the same powers. To interact on the Internet nation on the same level playing field.

You see, we can’t disconnect. But in connecting, we are the source that generates most of the raw material for the connected world. If we start being able to control that raw material, government and Tech giants are not the only ones with the power. We have it too. The future Internet is the battle for economic power and to be able to stand side by side with institutions and choose who governs us and we choose by giving data out to whoever we find deserving. With AI and analytics, our digital persona is fuel for inferring our future priorities, our goals and our purchases. We should have the power to determine that.

So, get a HAT (pay for it if you can afford to), and join the HAT Community Foundation and be part of the social movement for economic power on the Internet. You may not end up with a HAT, it maybe something another organisation comes up with, it may be another tech microserver or a private data account. Just like your first PC was not your last PC. But we start with HAT so that we can swing the pendulum and become tech-superior Internet citizens with economic power. Then we can choose which private data account we want to have once we have some power back.

It’s hard to fight against a prevailing wind of big tech giants who have power just by being tech superior. But we can by just doing something simple. Get a HAT, invest and support the new generation of startups that are building on the HAT and stay in touch with the movement. Be a nation of tech-superior citizens. 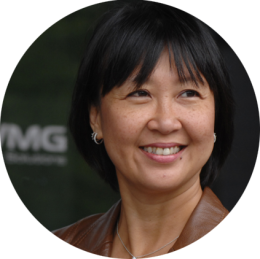