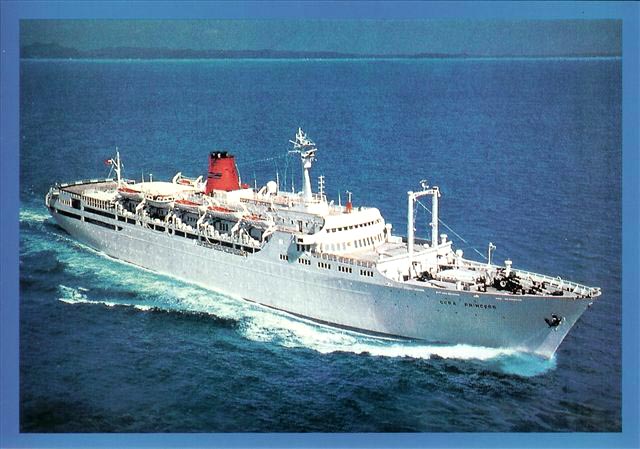 I realise I have not ever written my ‘back story’ anywhere. Most of my friends know it of course, and I have never felt the need to but having made some new friends recently I thought it might be useful to write it down somewhere just to give some context to the work I do and my approach to, well, life in general. So here goes.

My main back story started in 1989. There were 3 mildly interesting events pre 1989. I tried to import scanners from Canada when it was just invented, spent a year in LA selling rosewood Chinese furniture, cut my teeth in sales selling houses in Singapore, all mildly interesting but not really relevant. Just added to the entrepreneurial skill set I suppose. My main back story started in 1989.

My father bought an ailing travel company called SA Tours (Sri America Travel Corporation) in Kuala Lumpur, Malaysia. It was a well known brand, turning over RM32m per annum (USD8m). It was losing around USD125k p.a. so my dad said “Here’s RM1m (USD251k). Go turn the company around. He conveniently forgot to tell me that the company was in debt of RM2.6m (USD653k). I was 26 years old, and never studied a day of business in my life (graduated with a Physics degree). For a year and a half, I learnt to run a business that was severely undercapitalised and struggling with cashflow.

The main skill I obtained in those 3 years of turning the company around was learning to negotiate debt. How to repackage, collateralise and mortgage the future. (Greece, you need help? ;))

I negotiated with suppliers to draw a line under previous debt, reconstructed loans, repackaged deals etc. all to get the company on an even keel with zero debt. Since I also had zero capital. I started to think about where I will get consumers to give me loads of cash and let me sit on it for a few months so that I can use it to finance existing operations. I found it in cruise ships. I chartered the Cora Princess for a month in 1991 from Universal Summit (in HongKong) for US25k per day. Despite getting caught in a typhoon on the way down to Malaysia and being hobbled at 9 knots (water got into the fuel tanks), I got out of the charter with some profit. From then I took on sales agency of Regent Spirit, Leisure World and fuelled by the cash deposits for cruises, I turned the company around in 1992.

I went to my dad and said – Get yourself a proper CEO. I’m doing something else.

I created an investment prospectus to raise RM10m (USD2.5m) for a new cruise company – Empress Cruise Lines. We had a bad start. The first ship I took on was a beautiful steam ship SS Empress Katerina and it was the leakiest boat you can find. We spent 3 months trying to get her seaworthy and gave up, a loss of RM500k before we even had a ship. I flew to Bahamas and took on another one and it sailed to Malaysia in April 1995 (thanks to an amazing Captain and Staff Captain team who boarded at the Suez Canal and did all the onboard preparations). The ship arrived in May and and had her inaugural cruise as The Empress within 2 weeks, under the new banner of Empress Cruise Lines. The 1995 Cruise Industry News still have it online – almost 23 years ago!

Cruise revenues were never going to be enough for The Empress so we had a 10-table casino, some great entertainment on board, with a steady clientele of casino junkets. The casino turnover was USD20m per month, the ship was Panamanian flagged, Liberian company owned. Later in life, I even wrote a teaching case study on it as well as a journal paper. I have so many stories to tell – the collision at sea, the mutiny on board by 4 chefs, but that’s for a different time. In 1996, other major players, especially casino owned ships with deep deep pockets were coming in. In May, I sold the company to Metroplex, stayed on for 3 months for continuity and then left the company.

In 1997, I checked into the National University of Singapore as a Masters student in research, wrote my first few papers, got upgraded to a PhD and began my academic life which took me from Malaysia to the southwest of England, on to Cambridge where I have lived since.

3 thoughts on “My Back Story: Travel and Cruise days”